Do you know that you don’t have to end your relationship because of your boyfriend’s anger issues?  Though this has always been the problem of many girls in a relationship.

how to deal with a boyfriend with anger issues?

You can deal with a boyfriend with anger issues by listening actively to him and asserting yourself to help him take responsibility for his action, then trying to de-escalate and neutralizing the issues. Do not forget that you deserve a relationship free from violence, do not fail to report any form of abuse to authorities.

The truth is, anger is a normal feeling that can help us identify things that are bothering us or situations that make us feel angry or out of control. The emotion of anger is not the problem; rather, it is how we express and cope with anger that can cause problems.

According to the Mental Health Organization’s 2008 “Boiling Point” report, one in every five persons (20%) has left a relationship or acquaintance because of how they behaved when angry.

Therefore, in this article, I will show you the 14 most trusted ways on how to deal with a boyfriend with anger issues to achieve a long-lasting relationship.

Signs of a boyfriend with anger issues

Here are the various ways to help a boyfriend with anger issues in detail. 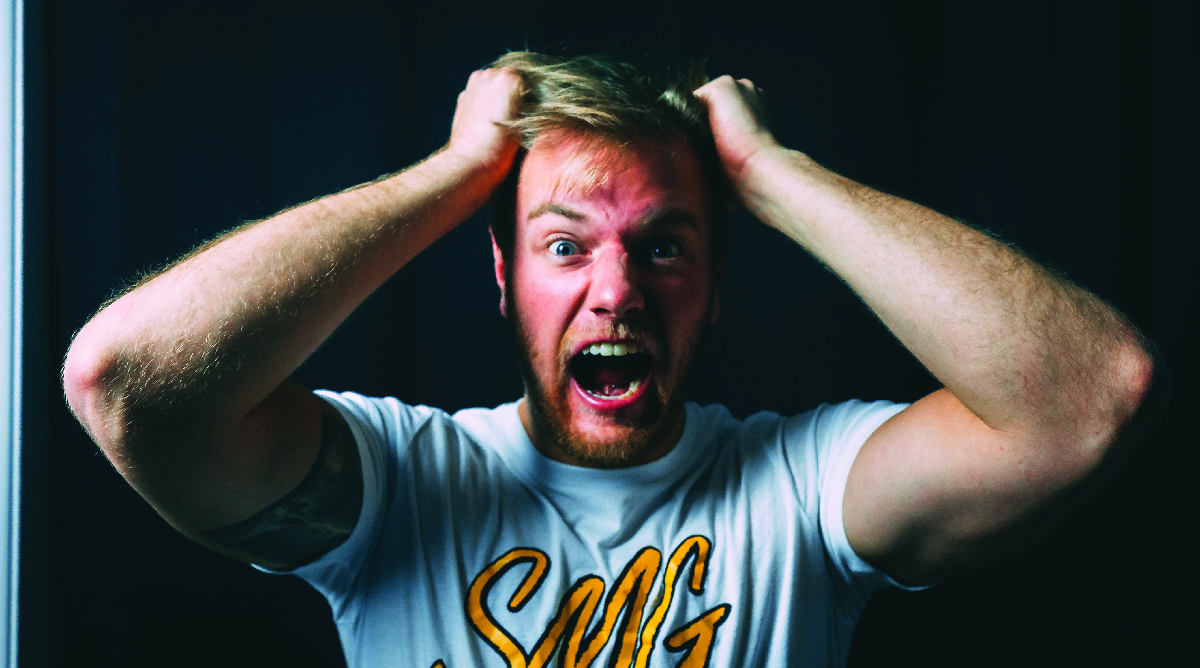 dealing with a boyfriend with anger issues

1. Asserting yourself but respectfully.

Acting assertively is the process of taking a stance in which you can express your desires directly and respectfully while also taking into account your boyfriend’s feelings and desires.

You are confident, honest, and open when you act and speak in an assertively respectable way. Simultaneously, by being assertive, you empower your boyfriend to accept his fair share of responsibility.

2. Address the issues when you’re both calm.

There is little point in addressing your problem as long as the anger reigns supreme. Allow time for the negative energy to dissipate from him before beginning a more rational discussion.

Address the issue that caused your boyfriend’s angry behavior when both of you are calm and composed. he will be more open to listening and understanding at this time.

Don’t forget to apply this rule to yourself as well. Take time to calm yourself when your anger is activated.

3. Influence him and not control him.

You can influence your boyfriend by fostering a cooperative rather than a controlling environment.

You’ve probably heard the saying, “You can catch more flies with honey than vinegar.” When you treat your partner sweetly, you may bring him closer to you, and closer to understanding how and why you feel the way you do.

This may increase your chances of achieving positive results.

When you attempt to control an angry boyfriend, they may become defensive and less cooperative.

It is unwise to become angry in response to your boyfriend’s anger; instead, allow him to be angry and accept that he will eventually calm down. The calmer you remain, the faster his anger will dissipate.

You are de-escalating the situation in this manner. De-ultimate escalation’s goal is to reduce the emotional intensity and redirect animosity toward increased cooperation.

Underneath anger is usually deeper and more vulnerable emotions like fear, sadness, or pain, which may be more difficult for your boyfriend to address.

For a short time, anger acts as a protective shield, making your boyfriend feel powerful and in command. In the long run, however, it harms him from within.

This is why it is critical to be patient and compassionate toward your boyfriend and to refrain from blaming and accusing him.

People do not change unless they have a compelling reason to do so. If your boyfriend’s behavior does not change, you must provide him with a reason to stop in the form of a consequence.

ALSO READ  100 Things You Should Know About Your Boyfriend.

A consequence’s purpose is not to punish him. The goal is just to protect yourself and your boundaries, and to facilitate effective communication rather than arguing, which is ineffective at best and abusive at worst.

But for your consequences to be effective, you must follow through on them.

7. Lose the battle to win the war.

Military leaders may be willing to lose some battles to “win the war.” They don’t usually waste resources and energy on battles they can’t win.

Similarly, because people have different beliefs, opinions, preferences, and expectations; relationships can be a battleground where exercising restraint is sometimes a wise strategy.

You can find a multitude of topics to argue about with your boyfriend if you want to. However, it would be to your advantage to be selective, letting go of what is unimportant.

Remember that fighting over every difference is neither sensible nor practical. You may win the argument, but your relationship may suffer as a result.

Humor can help to defuse tense situations by shifting the focus of the situation for just long enough for tempers to cool.

Make sure you’re not making fun of your boyfriend, as this will irritate him even more. Instead, direct your humor at yourself or the situation. This is more beneficial in an already playful relationship.

Men can be upset over trivial matters and quickly forget about them. If that’s the case, you might try to make him smile or laugh to distract him from the reasons he was upset.

9. Admit when you’re at the wrong.

You can’t be right about everything all of the time. Check to see if you’re willing and able to see the value in being wrong on occasion.

Allow your boyfriend to have the upper hand now and then to boost his confidence. It’s only right. It will also do wonders for your relationship.

10. Describe how it will be in the future.

There is no harm in admitting your mistake and attempting to explain how things will be different in the future.

Just make sure you don’t make any promises you won’t be able to keep. If not carried out, this could cause more harm than good.

[pinterest-image message=”A boyfriend with anger issues can be dealt with in various ways like; listening actively to him and asserting yourself, trying to de-escalate and neutralizing the issues, and other hosts of others, which is listed below in detail.” image=”https://grabalerts.com/wp-content/uploads/2021/07/how-to-deal-with-a-boyfriend-with-anger-issues-2-scaled.jpg” custom_image=”https://grabalerts.com/wp-content/uploads/2021/07/how-to-deal-with-a-boyfriend-with-anger-issues-2-scaled.jpg”]

11. Communicate with him constructively, understand and validate

To avoid inciting your boyfriend’s anger issues, actively listen to him until you are certain they feel heard and understood.

One way we communicate acceptance of ourselves and others is through validation. It does not imply that you must agree with everything. Rather, it is recognizing and taking into account your partner’s point of view.

The other aspect of validation is accurately reflecting what you hear, such as “What I hear you saying is .” Is that right?” This should be done without presumption or judgment, and with clarity, calmness, and compassion.

When it comes to setting boundaries, always be as direct as possible and tell your boyfriend what behaviors will not be tolerated. Look him in the eyes and demonstrate a quiet strength so that he will respect your boundaries.

When setting limits with a boyfriend with anger issues, there are some ground rules to follow: don’t insult him, don’t call him names, don’t yell at him, don’t curse him, and don’t blame him.

Being responsible in a relationship entails accepting responsibility for your role in being frustrated by your boyfriend’s anger and reflecting on what actions may have triggered their rage.

Similarly, it is critical to consider what causes you to behave in the way that you do. The more conscious you and your boyfriend become, the less reactive and more constructive you will be.

If you’ve resolved the situation and both of you are satisfied with the outcome, try not to harbor any resentments.

Forgiveness does not have to imply that you accept responsibility or that you think what happened was acceptable, but it does indicate that you are willing to let it go.

When an argument has been resolved, try not to bring it up again in subsequent disagreements.

Questions on How Anger Can Affect Your Relationship

Can a man with anger issues change?

As long as it is a behavioral pattern, it can always submit to changes. A man with a bad temper, as well as a man with anger issues, can change if he is willing to put in the work.

He can achieve his changes by following through these ways;

Can anger ruin a relationship?

Anger, if not controlled, has the potential to ruin our most intimate relationships. It stems from feelings of betrayal, anxiety, shame, or powerlessness.

Even though it is a natural emotion, it is frequently viewed as a problem, even evil, bad, or wrong. It’s important to remember, though, that feeling angry is an internal experience.

I love to writing and explore new avenues

Is my girlfriend cheating on me: 13 Signs to watch out for
140+ deep love quotes for wife (deep love messages for wife)
To Top