Net Worth of Kenneth Copeland

Kenneth Copeland net worth is currently $850 million (eight hundred and fifty million dollars) and he is very close to being a billionaire as he owns private jets, series of luxury cars. luxurious mansion and a 1500 acre of land that accommodate his State-of-the-Art Church complex with a private airstrip.

Is Kenneth Copeland the richest pastor in the world?

Kenneth Copeland is the richest pastor in the world and he is widely criticized for soliciting donations based on prosperity Gospel and Faith-based healing. The 84-year-old Pastor was born on December 6, 1936 in Lubbock, Texas – United States of American December 1936 into a non-Christian family.

In recent years the American born pastor has been in the centre of controversy for his wealth and expensive lifestyle. Among several Kenneth Copeland controversies is the private jets worth $20 million he allegedly purchases from Tyler Perry and several mansions.

Source of Kenneth Copeland Net Worth

Kenneth is currently 84 Years Old has been in the centre of financial scandal as it concerns his wealth and the use church funds for his personal flamboyant lifestyle.

According to a revelation made by Forbes, The Lakefront mansion worth $6.3 million where Kenneth Copeland and his wife Gloria live is funded by his Church. Our source has suggested that the pastor could worth a little over $1 billion linking Copland to several oil and gas investments and numerous properties.

According to several reports, Kenneth Copeland acquired a $20 million Gulfstream V private jet from Tyler Perry using donations made by his Church. He went further asking his followers to donate an additional $20 million for the upgrade his private airport’s runway and hangar.

He applied at IRS for the exemption of his Jet from paying tax which was turned down in 2009. It was alleged that Copland uses the jet for trips to resorts and series of personal vacations. He admitted not flying commercially stating he doesn’t “want to get into a tube with a bunch of demons”.

Copeland is among celebrities like John Travolta, Jimmy Carrey and Soulja Boy who owns some of the highest performance and efficient private jets in the world. Gulfstream V private jet is one of the most beautiful and delicate private jet in the world with a 18 people capacity for passengers and crew. 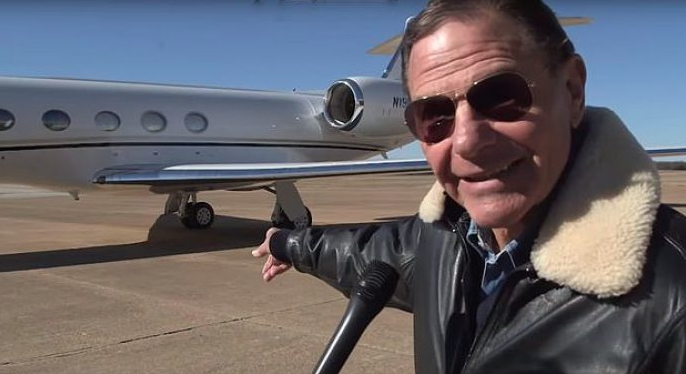 That is not the only jet owned by Kenneth Copeland Ministries. The flamboyant televangelist also owns the 1998 Cessna 550 Citation Bravo donated by his adherent follower which is mainly used for domestic flights and emergencies.

The Televangelist with the Kenneth Copeland Ministries funded the construction of an airstrip maintenance of the old facilities, a hanger and upgrading the runway to better standards worth $17 million mainly for jets owned by the ministry. 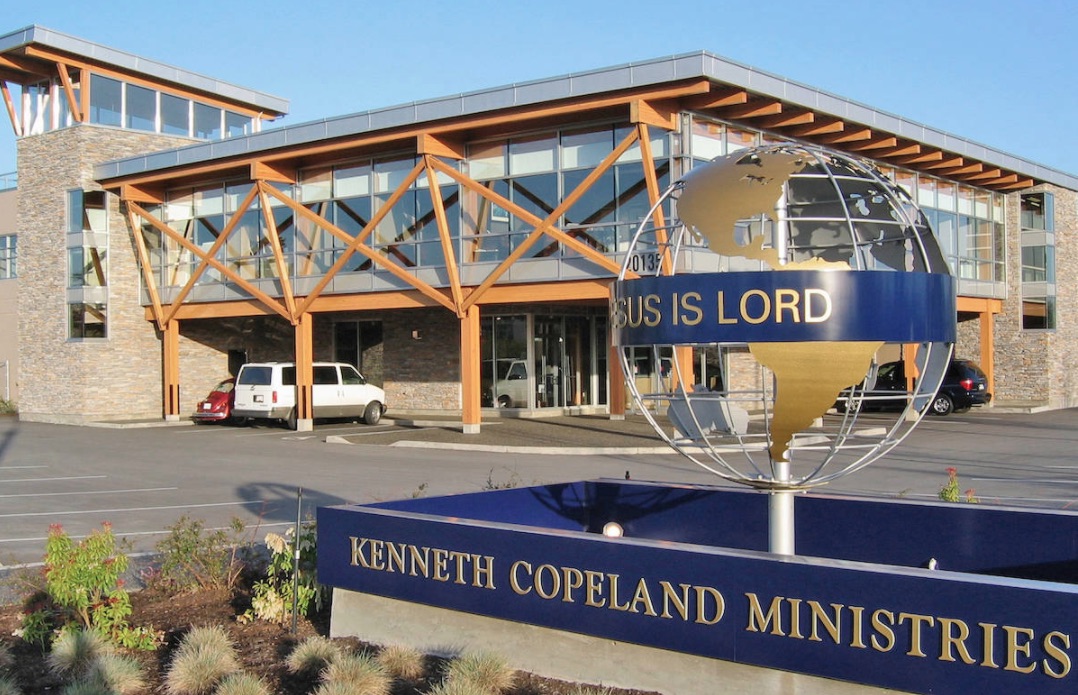 Kenneth Copeland Ministries is situated in Tarrant County, Texas – United State of America where Copeland preaches abundance and prosperity that is mostly criticized as the prosperity gospel.

Activities of Kenneth Copeland Ministries are mostly transmitted through television, books, DVDs, and CDs. Copeland was a recording artist and had a Top 40 hit with the single “Pledge of Love” before giving his life to Christ in 1962.

Located at 14355 Morris Dido Road, Kenneth Copeland Ministries is one of the richest churches in the United States. The Church is accommodated on a land worth $554,160.

✈ Our faith is soaring after last week’s 40th Southwest Believers’ Convention! . . As we celebrated this milestone anniversary, we came to realize that there was sometthing a little extra special about this one. ❤️ . . From powerful pre-service prayer and anointed preaching and teaching to the first @kcbiblecollege graduation ceremony, we were overwhelmed with the goodness of God. 🙌 . . Watch this powerful recap video, and let us know your favorite part of the meeting, whether you watched online or attended in person. . . #southwest #swbc2020 #faithevent #fortworthevent #fortworthconventioncenter #letfaitharise #faithfulness #godisgoodtous #bodyofchrist #poweroftogether #kcm #kennethcopeland

Apart from the Church, the land also accommodate a distribution facility, a warehouse, a TV and radio production studio, The Kenneth Copeland airport, the family mansion and has over 500 staff on a full time basis. Other than the church.

Once he converted to Christianity, he started focusing on preaching and spreading his beliefs. He has been strongly influenced by Oral Roberts who was a televangelist and shared the same beliefs as Copeland.

Pastor Kenneth Copeland also had interest in theology studies and regularly travels at churches, convention speaking about his own annual “believers” convention. 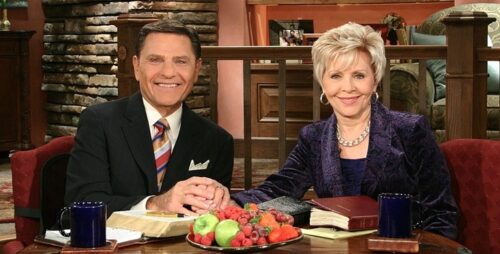 How did Kenneth Copeland start his Ministry?

After Kenneth Copeland joined Oral Roberts where he trained as a pilot and worked as a Co-pilot and a chauffeur. Despite his passion for flying, he became a pastor and a few months after working for Oral Roberts, he began Kenneth Copeland Ministries on September 7, 1967 in Fort Worth, Texas. 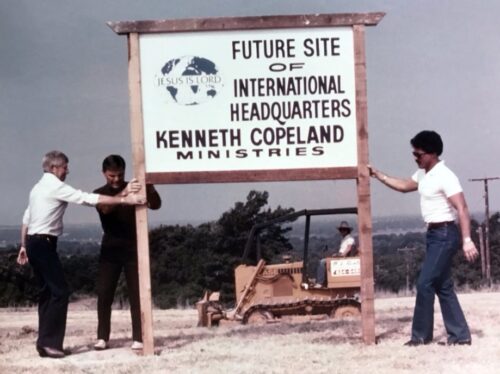 The property housing the KCM also contain facilities such as the Radio and Television production studio, the State-of-the-art auditorium, The private Airport, The Copelands mansion and other building housing staff and other family members.

Kenneth Copeland is known to be part of a movement of preachers that propagate a form of Christianity that practice believing in and using special gifts. This teaching has been widely criticized as Kenneth Copeland has a large number of followers.

Kenneth Copeland net worth has largely been through his Ministries. The ministry has sold a large number of audio recordings and videos in the form of CDs and DVDs, with many of Kenneth teachings being available on his YouTube channel.

Some of Kenneth Copeland movies are: 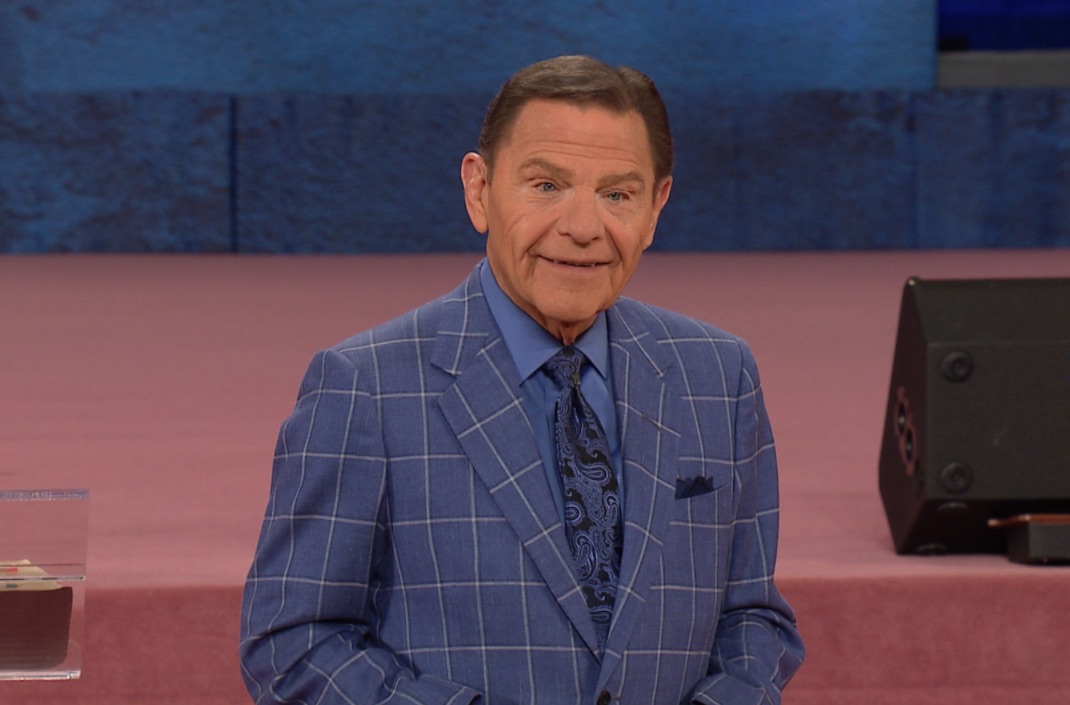 Kenneth Copeland have been hammered by critiques for taking undue advantage of the United State tax exemption policies on religious organisations by acquiring luxurious mansions and personal vacation using private jet without being taxed.

In 2008, Kenneth Copeland Church tax exemption status was criticized after Mike Huckabee promoted a book severally on his program and using KCM to raise funds for his Presidential campaign.

The latest of controversies was in March 202o when Kenneth claimed to have healed and protected his followers from Corona Virus by blowing the “wind of God” towards the television.

Some Facts about Kenneth Copeland

Copeland was born on 6th day of December 1936, in Lubbock, Texas – United State of America.

His house is located on 14355 Morris dido Road. Kenneth lives in a lakefront mansion funded by his Kenneth Copeland ministries.

His first Wife was Ivy Badiford whom he married in October 1955 and divorced in 1958. Kenneth is currently married Gloria since April 13, 1963.

Not disclosed publicly by his ministry.

YBN Almighty Jay Net Worth – Age, Son and Girlfriends
Who is the Richest Actor in Nigeria – (Top 15 Actors and Net Worth)
To Top