Some may never understand the importance of these until the relationship gets shattered by little things they fail to know about their boyfriends.

Oftentimes, sex and physical attraction can drive you to get into an intimate relationship. When the first stage fades away, the difference floats upon the surface, causing frequent fights and heartbreak.

Here are some carefully selected facts and questions I have set up that, if fully answered, can help you realize those things you should know about your boyfriend.

What are some things you should know about your boyfriend?

Thinking of having complete knowledge about your boyfriend can somehow look childish because the beauty of a relationship is for one to explore and discover new things about one’s partner as the day unfolds.

Here are those things you should know about your boyfriend.

1. You should know his hobby.
2. What are his favorite food among all?
3. You should know what he does for a living.
4. It is also important to know about his family background.
5. You should also know his real age.
6. Obviously, it’s good to know his most fitted outfit.
7. know his full name.
8. his date of birth? It is vital so that you can be wishing him a happy birthday and be marked as special.
9. Know the schools he attended from childish.
10. Don’t fail to know where he is from.
11. Know the number of siblings he has, even an extended family.
12. You are also important to know his educational qualification.
13. Know his political ambition and views.
14. To know his school days well, you can ask him the subject he loved most while in school.

Important things you should know about your boyfriend.

Here are some very vital things you should know about your boyfriend. Being in a relationship, you should first know his character so that you won’t be amazed at its display.

Also, know what he likes and what he doesn’t. I’ll brief you more as we progress.

15. Does he have any personal or spiritual belief
16. It’s good to know things about his past relationships.
15. Is he a sex lover?
16. His views about marriage.
17. Does he have any weakness in life? Care to know.
18. For a good relationship, you must know what turns him on.
19. Another thing about your boyfriend is to know what occupies most of his time.
20. Is he a churchgoer, and what’s the name?
21. You must also know what he really likes to see in women in a relationship.
22. It Is good to know his favorite colors too.
23. Does he have a nickname?
24. Know what music thrills him most and his favorite music artist.
25. What’s your boyfriend’s blood group?
26. Does he have a closet friend? If yes, then who?
27. Strive to know the rapidity of his thoughts; how does he reason things?
28. If he went to the University, get to know his course of study.
29. Does he love games? Then, which one?
30. It is important to know his best sexual style.

List of things you should know about your boyfriend.

Everyone in life has their own unique personality that makes them different from others. Therefore, having great mastery is the most fun-filled thing I’ve ever seen in a relationship.

If need be, you can have a list of those things about him which encourage and makes him happy. e.g., his favorite, the things that displeased him, his emotions, and a whole lot of others. Take notes.

31. How can his sexual strength goes; does he last in bed?
32. Has he ever kissed a girl? Who? When?
33. What was his past like? Does he have any regret?
34. What’s his Maiden Mother’s name?
35. Is he still a virgin? If yes, who disvirgin him? If no, why?
36. Know his views of you vividly. (how he can describe you to others)
37. Is he the type of person that likes repeating some phrase? What are they?
38. Do you know his phone number offhand?
39. Does he like women? If yes, what completions does he prefer?
40. Knowing his frequent business contact can help to clear some doubts.
41. Do you know him to be such a smile?
42. What pissed him off during sex?
43. Know how many children he wishes to have when he gets married
44. It Is also important to know about his ex and why he broke up.
45. Has he gone through heartbreak before, and by who?
46. If he is a football fan, know the club he fans.
47. Know how he was treated in the past relationships and how he should be treated in the current one.
48. Who does he resemble in his family?
49. What does he like doing most when he’s with you?

50. Did he grew up in town? If not, then where?
51. If you happen to get pregnant in the dating course, would he still be with you, take care of you or even admit it?
52. You need to know what clothes, type, and style entice him most when you wear them.
53. Does he have an extended family member?
54. Does he have a personal Fantasy Island?
55. Enquire to know his dream about his future (what does he want to achieve)
56. Can word really hurt him? Which words?
57. You should really know what those things he can do for you or how far he can go for you are?
58. It could also be important to know what part of his body gives more feeling when you touch.
59. His parent’s family life and behavior may interest you.
60. Does he have enslaved habit he oftentimes displays?
61. Know how he always feels when you fall sick
62. Does he have any talent he knows how to do best.
63. It would also be nice to know and list those habits and characters that irritate him.

ALSO READ  How to know your girlfriend will never leave you? [ Full Details ]

Some good questions to ask your boyfriend to get to know him.

Truly some guys are cool when it comes to talking about themselves. Some will base on a one-word answer without giving much detail. 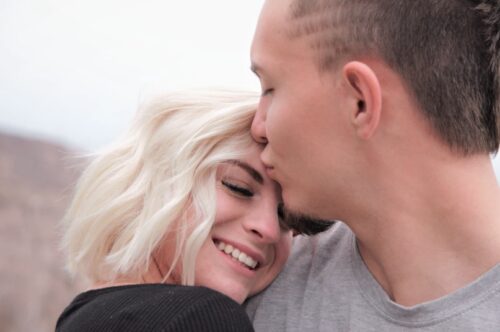 Some good questions to ask your boyfriend?

But you can as well ask questions just to encouraged him to give more detailed answers. You can start by asking him things about himself, things about his family, and later you can dwell much on things about your relationship.

For example, so what do you like to see in girls? What are those characters and appearances you really don’t like? Etc.

64. What movie does he like most?
65. Does he relate with his family very well?
66. Know how many girls he had sex with in the past for medical purposes.
67. It is good to know about his life story, both the good and bad ones.
68. What motivated him?
69. For fun sake, know those actions, words, and moments that can’t put a smile on his face.
70. Does he like little children?
71. The relationship he wants, does he want marriage or fanfare.
72. What is his worst fear?
73. What was the most exciting moment in his youthful days?

Things to know about your boyfriend when you’re bored?

Truly, the relationship is like a stage where drama is displayed; if not acted well, it gets dull, and the audience feels bored.

Therefore, you must be able to spice it up with questions. Like, how do you feel when we talk about sex? Where would you like to be touched now? Talk about those exciting moments you had with him. 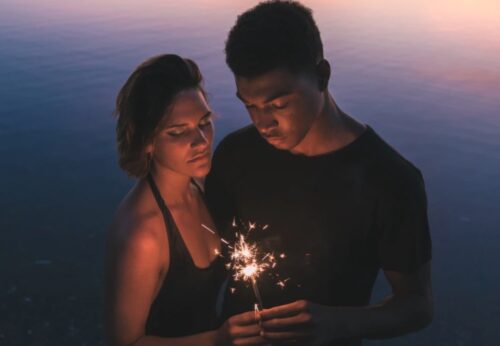 What question to ask your boyfriend when you’re bored?

74. Which romantic feelings thrills him most with ecstasy?
75. Does he have a common response to words, suggestions, and feelings?
76. It will be fun also to know the naughtiest things he has done in his life.
77. It is important to know his financial status; he is financially capable of taking care of you.
78. Knowing things about him also matters to you, knowing those things you can do to help or support him.
79. What are his propensity to save and to consume?
80. Does he like opinions and suggestions?
81. Does he have hot-tempered?
82. What kind of sex does he like (cool sex or hardcore)
83. Do you know his popular hangout place?
84. It is also important to know his own definition of love to be sure you’re on the same track with him.
85. What does he dislike about his family?
86. What does he talk more about when he calls you?

ALSO READ  How to Respond to I Want to Kiss You Text: Over 30 Reply

Things to know about your boyfriend that reveals you

Asking your boyfriend questions about yourself is a test of true character. First, it makes you see yourself the way he sees you. 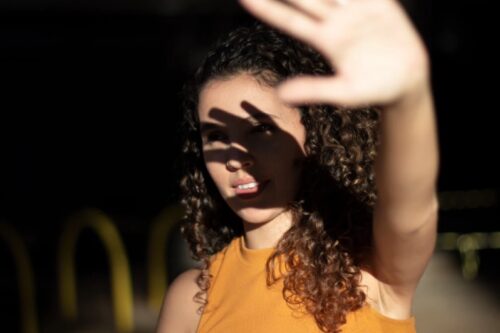 What should I ask my boyfriend about myself?

Secondly, It let you understand the feelings he has for you. E.g., When you’re alone, do you always feel absent? I’m the kind of girl you can take to your parents? Do I really satisfy you in everything?

87. does he have good character?
88. What of his bedroom habit?
89. Does he have any food he hates?
90. Does he like surprises?
91. Do he like suspense?
92. You should also know if he is a jealous type?
93. What’s his favorite scent?
94. How does he feel about being in a relationship with you?
95. It’s also good to know his schedule and plans for each day.
96. Know what good decision he has made before.
97. Knowing his favorite dating experience with you is also good.
98. What has always been his desire whenever you’re not around?
99. Is he a flirt?
100. Can he be trusted?

Top Things to know about your boyfriend.

I admonished that every relationship should be such that it gives room for teaching and learning.

A relationship is not sweet and fun-filled when partners feel they know too much about each other.

Hence, it is wise for you to know new things about your boyfriend as the day unfolds, and these are the things.

What are the 5 most important things you should know about your boyfriend? 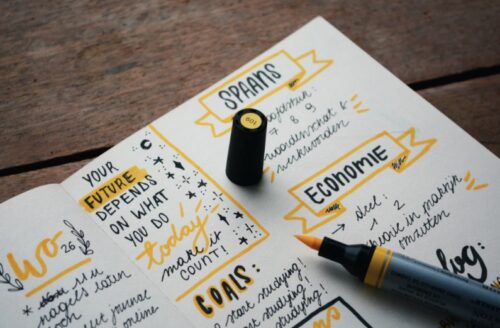 Things must be aligned according to their relative importance.

These are the five most important things you should never cease to know about your boyfriend. Avoiding them is like you’re not really serious in the relationship.

Here, I only mentioned five, but you’ll get to the rest later.

Things you should know about your boyfriend before getting married. 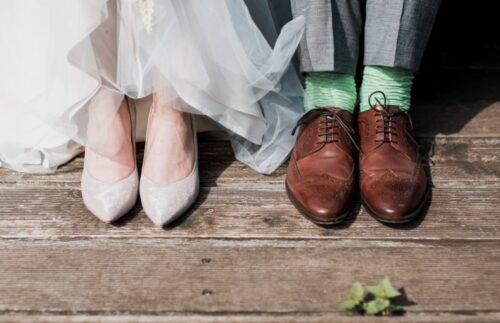 things you should know about your boyfriend before getting married

As I said, don’t be moved by emotion and impulse just to be called a girlfriend. Here is my advice, don’t marry any guy you don’t really know much about him.

Endeavor to know his name, know his family, his professional, his circle of friends, his achievements so far, what motivates him, and all host of others.