Understanding what does daddy mean on social media and developments in online dating might appear to be a labyrinth of technological jargon.

With the advancement of social media networks, changes in how we locate our partners, treat them, and define ourselves to them have dramatically transformed the dating scene.

What Does Daddy Mean on Social Media?

Daddy in social media is slang that refers to your partner as “daddy” or acknowledging a hot older man’s “due to his physique, body hair, facial hair, wealth, and display of affluence.

Nowadays, it’s common for teenagers and other youngsters to use “daddy” in a sexual or sex-adjacent context.

Several other uses and forms of the slang daddy have evolved as used on most social media for relationships, sexualization, and taunting others. Some terms and phrases are ‘who is your daddy,’ ‘Zaddy,’ Suger Daddy, Daddy Dom.

Origin of the term Daddy on Social Media.

The word “daddy” on social media has its origins in the teenage fan Internet.
Lorde’s “mom” tweet to Kim Kardashian in 2014 popularized the word “Daddy,” and it has since remained popular among adolescents, sarcastic adults, and on social media.

What Does ‘Who is Your Daddy?’ Means on Social Media. 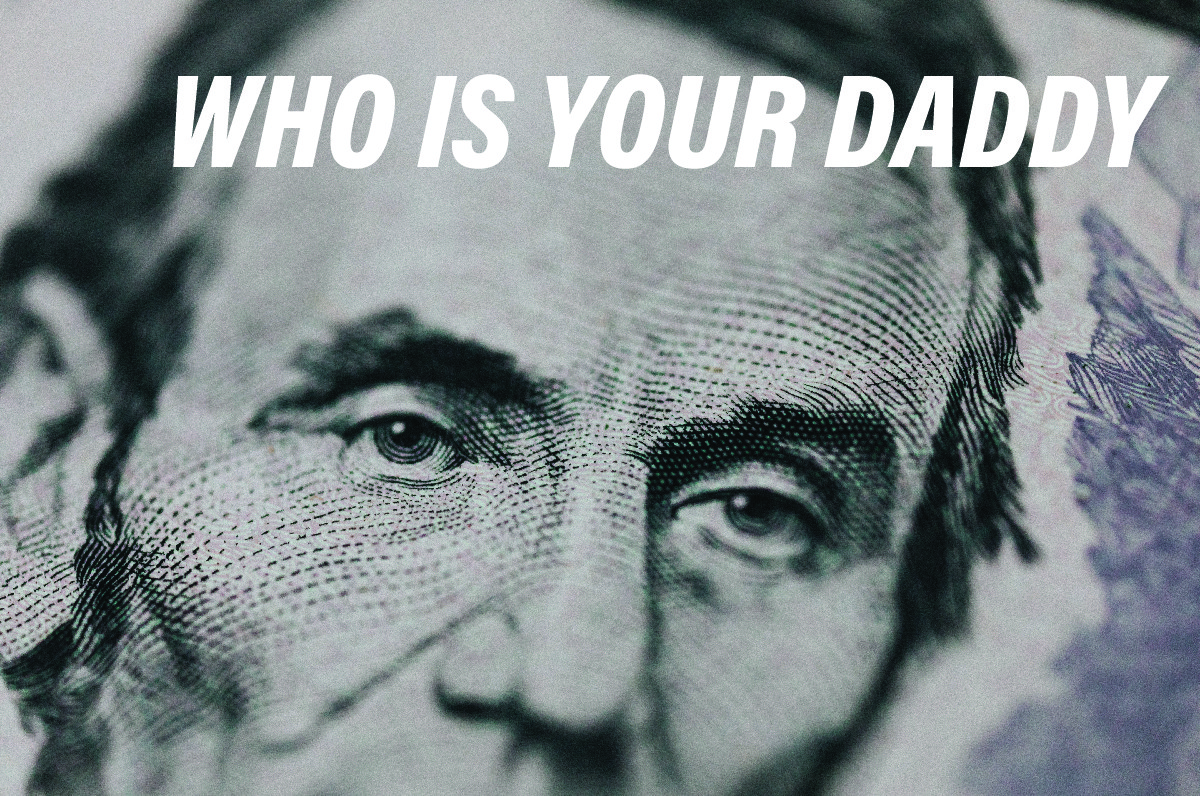 Who is your daddy?

Who is your daddy? is a slang phrase for showing one’s control over another in an aggressive, playful, or sexual manner mostly used in tweets, chats, and even Facebook posts. The phrase takes the form of a rhetorical inquiry in one context.

Apart from relationships, the phrase ‘who is your daddy?’ is widely used to taunt rivals or opponents.

It is sometimes used as a pompous assertion of supremacy and dominance. It might also be part of a role-playing scenario between consenting adults or a claim of sexual supremacy. Source Here.

Some Example of The Use of Daddy on Social Media.

except we end up talking abt kinks and i reveal i have a daddy kink to people i barely know pic.twitter.com/22ROQq9iIh

What does Daddy mean in a relationship?

“Daddy” means that the dominating person in the relationship is your partner. He could desire to be remembered, and that’s why you want to call him. Aside from the sexual connotation of the term “daddy,” your boyfriend may want you to refer to him as such because he provides for and cares for you.

See more about the meaning of Daddy in a relationship in an earlier post.

According to one theory, the term “daddy” first appeared in slang in 1681, when prostitutes began using it to refer to their pimps. Of course, pop culture has played a role in keeping things alive since then.

I bet you would want to read this elaborate post I made on responding when a girl calls you daddy.

Why Do Guys Like When You Call Them Daddy?

Some men want to be addressed as ‘daddy,’ while others prefer to have a naughty girl element in their relationship, even on social media.

Why Some Guys don’t like to be called Daddy.

Some men dislike the term “daddy” because they feel it has a negative and stigmatized meaning.

They’re concerned because they’ve never used it before, or they’re unclear about their sentiments toward it, or they’re not sure in what context it’ll be used, and maybe they’re also worried about how they’ll react—especially if they wind up loving it.

Some other males detest it simply because they aren’t interested in that display of love or perceived “kink.”

Others due of religious beliefs, morality based on a way of thinking, or anything else.

What Does Daddy Mean on Tiktok?

The use of daddy on TikTok and other notable social media platforms such as Twitter, Facebook, Instagram, online chats, forums, etc., is a slang term for affection that is often used to express respect and adoration for a male authority figure.

What Does Daddy Mean in a Bad Way?

It depends on the circumstance and the person. It’s sexual and may be unpleasant for some individuals to call or be called daddy.

It has a meaning which relates to older men who take care of young ladies for sex. It can only mean sex nowadays. And as you saw, it’s a wordplay for an approving male figure that sounds adorable.

Aside from sexualization, “Daddy,” generally in a competition, might be used as a provocative taint (sports or friendly games). A winning team’s supporters might insult their losing rivals with the call “Who is your daddy?” It has to do with taunting.

What is a Zaddy Slang?

A Zaddy is a man “with swag” who is both attractive and trendy. It indicates that age is less of a factor. He must be a level or more above being a daddy, which is used similarly when discussing a male even on social media.

Thanks to the ladies who used social media platforms such as Instagram, Tiktok, Twitter, and Facebook, they began to refer to desirable guys as zaddies, the name Zaddy became more widespread.

What does Sugar Daddy Mean?

A sugar daddy is an older man who generally pays for a younger companion’s expenses in return for a company or, well, other things. He is a wealthy older man who lavishes money on his mistress, girlfriend. He’s frequently a businessman who believes he’s too busy for traditional dating.

The function of Daddy Dom is the carer, the dominant person, and the disciplinary.

DDLG play does not have to be sexual, but it frequently creates more enthusiasm and excitement, leading to more exciting sex.

What Does Daddy Chill Mean?

Daddy Chill was originally for telling your father, an older man, or a buddy named “Chill” to unwind.
But then everyone started repeating it for no apparent reason.

ALSO READ  How To Respond When a Girl Calls You Daddy

What Does Daddy Mean in Spanish?

Just as certain cultures refer to “honey” or “baby.” In Spanish, couples frequently refer to each other as “Papi” for daddy and “Mami” for mommy as a word of affection.

In recent years, Poppa and Papi have not had the same cultural moment as “daddy.” However, both are still being used interchangeably, and “Papi” has for a very long time been used as an expression of love in Spanish-speaking communities.

Papi is a colloquial phrase for “daddy” in Spanish. However, it is frequently used as a generic term of affection for any male, whether a family, friend, or lover, in many Spanish-speaking countries.

The term “daddy” is associated with “daddy issues” and bigger, more incestuous questions.

“Daddy” serves as an entry point into the dominant/submissive dynamic, which does not always have to be overtly sexual. It might be amusing, playful, or plain odd.

“Daddy issues” is an infamous phrase that refers to certain people’s difficulty in developing safe relationships with other people due to an early dysfunctional relationship or their father and is commonly used on Reddit, Quora, Twitter, Tiktok, and across social media platforms.

Where does the phrase whos your daddy come from? – Brief History.

From the 1940s through the 1960s, ‘mama’ and ‘daddy’ were slang words of endearment, first in African-American slang, but soon expanding out with the popularity of jazz and rock music, as well as gangster-type movies.

In the latter, ‘daddy’ was linked with women who were either babyish companions or hard-nosed gold-diggers.

The word ‘daddy’ evolved to connote sexist relationships, and the question “who’s your daddy?” became the scary and possessive thing used on social media today.

The slang ‘Daddy’ has been used in popular movies and music back in the 1950s. You can still hear them saying ‘daddy’ as a loving term without any strange undertones. 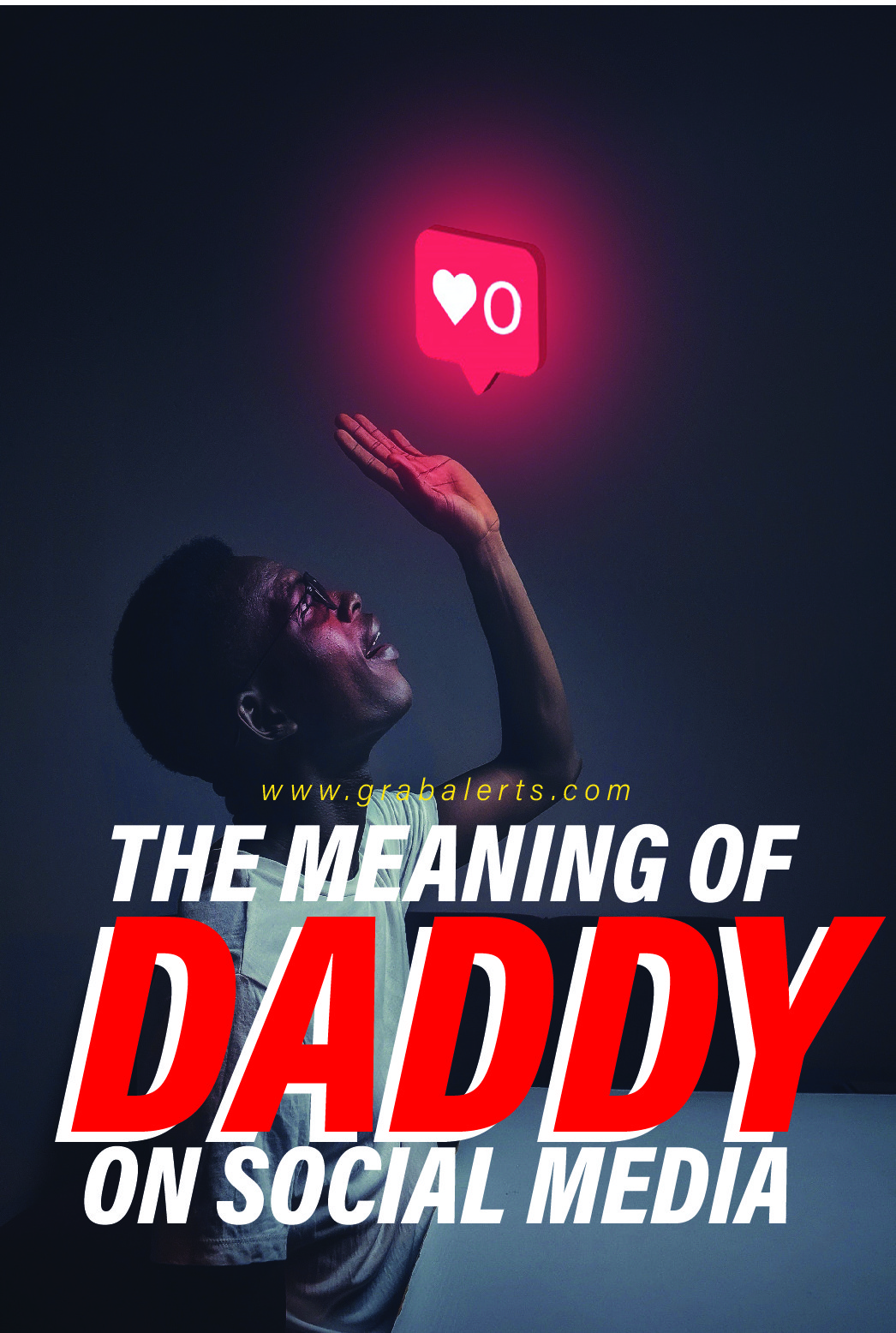 What does Daddy Mean on Social Media?

‘Daddy’ has evolved from a financial giver to a handsome guy, particularly one who appears older. Straight females and homosexual guys in their early teens to early twenties are the most likely to use this terminology.

This is perhaps the farthest away from the entire ‘taking care of someone else’ idea among daddy’s widely used slang definitions.

In reality, it appears to be more about power and domination than provision since it is not unusual for someone to write a remark on an attractive male’s Instagram demanding that ‘daddy’ do anything to them.