The 12 Ways of how to break up with your girlfriend without hurting her feelings is all about being honest and sincere while letting her down without much stress.

You must be such an understandable, compassionate, and matured person enough to minimize the pains of the breakup or save her from it if possible. If you truly want to break up with her without hurting her, here are some things you should do.

How do I break up with my girlfriend nicely?

At first, you must put yourself in her place; think how she will feel when you break up. With that, you will know that it is not too easy to bear the pains of it. Be honest with her while saying it, but don’t give so much detail.

When should you break up with your girlfriend?

You break up with your girlfriend when you start being uncertain and suspicious in the relationship. You must put it into consideration and be decisive about it before saying it.

Can breakup be bearable? Is it even possible to break up without a fight? How am I even going to start telling her all these things? What if she doesn’t agree to it? Don’t worry; you have to follow these 12 simple steps I will present to you.

Many people do try to break up with their girlfriend by texting and calling, which would be so disrespectful to both partners.

breaking up over the phone

Some prefer phone calls and texting. All you want is to break up without hurting her. Instead, be nice enough to invite her in person by telling her you to have something important to talk about with her. You’ve shared a lot. Respect each other by breaking up with persons.

There are benefits of doing this, and it gives both of you the chance to talk and reflect on the issues on the ground. And even though it will be so hard to do, it will most likely lead to less drama, which is good. 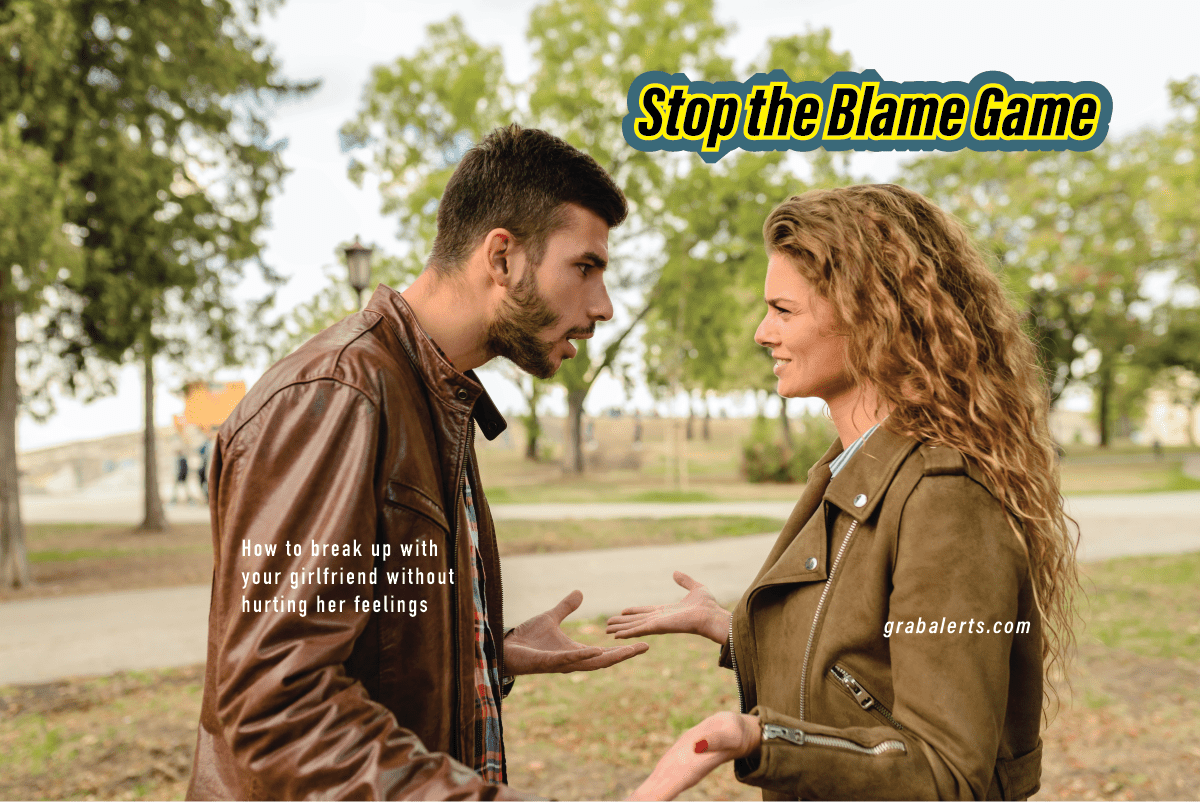 When breaking up with your girlfriend, be careful enough to do it without pointing fingers at her as the cause of the breakup. In some cases, she might even be the cause, but you also might have failed somewhere to do the necessary things.

So be sincere to yourself. If you are breaking up with your girlfriend because she cheated on you, then tell her. If you had failed somewhere to play your part, tell her too.

Just be fair enough to give a fair judgment. In most cases, this can cause an argument, so be prepared. The advantage is that you’re honest with both yourself and her about why the relationship didn’t work, leaving you both with a better chance of finding lifelong love later on. 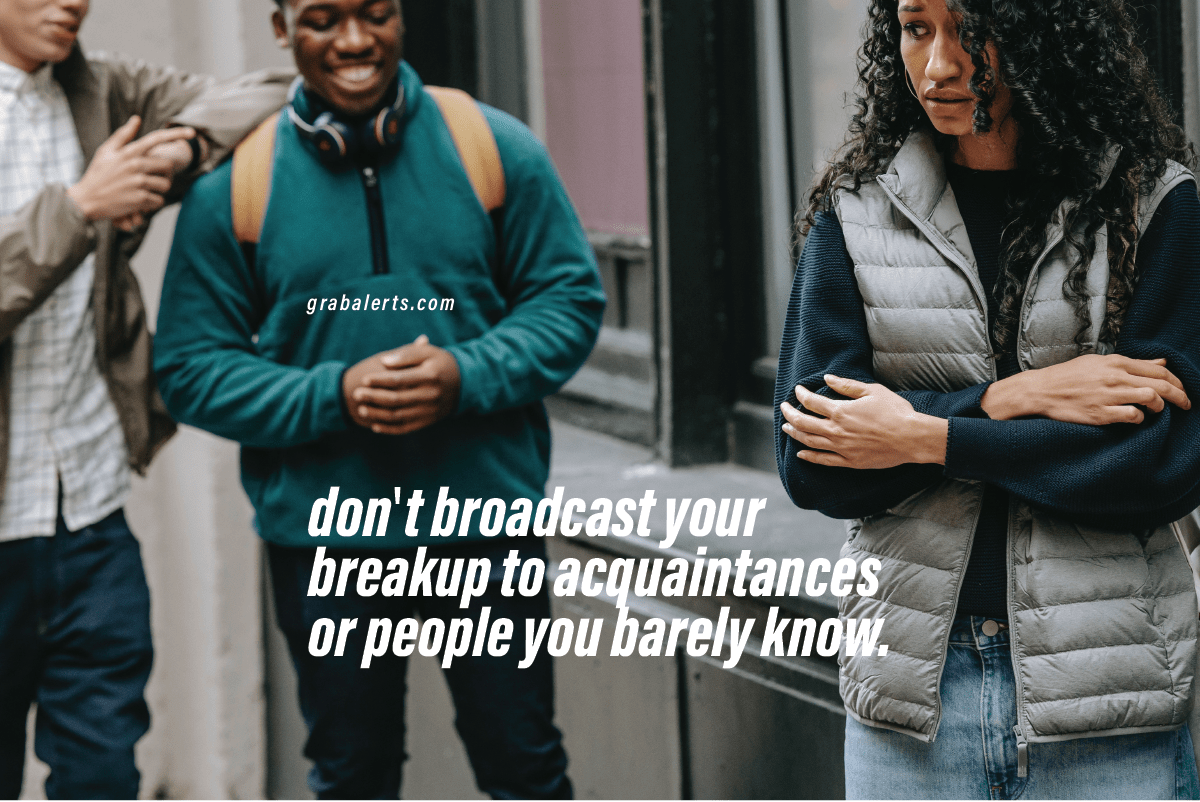 Use maturity when telling mutual friends about your breakup. Gossiping could be very wounding to someone who may already be in a soft emotional state.

Ahead of that, it could encourage your ex to fling some nasty rumors your way and generally cause some immature behavior.

Though you may tell your close friends, don’t broadcast your breakup to acquaintances or people you barely know.

I guess is very good to tell your close friends about it but, beginning to tell your entire social circle can be so horrible.

breaking up is the least that she deserves. If you can’t develop a legitimate reason for why you’re no longer interested in the relationship, try thinking it over; sometimes, you can even talk with a friend about it. It doesn’t have to be perfect, but it should be legitimate. You owe it to her. 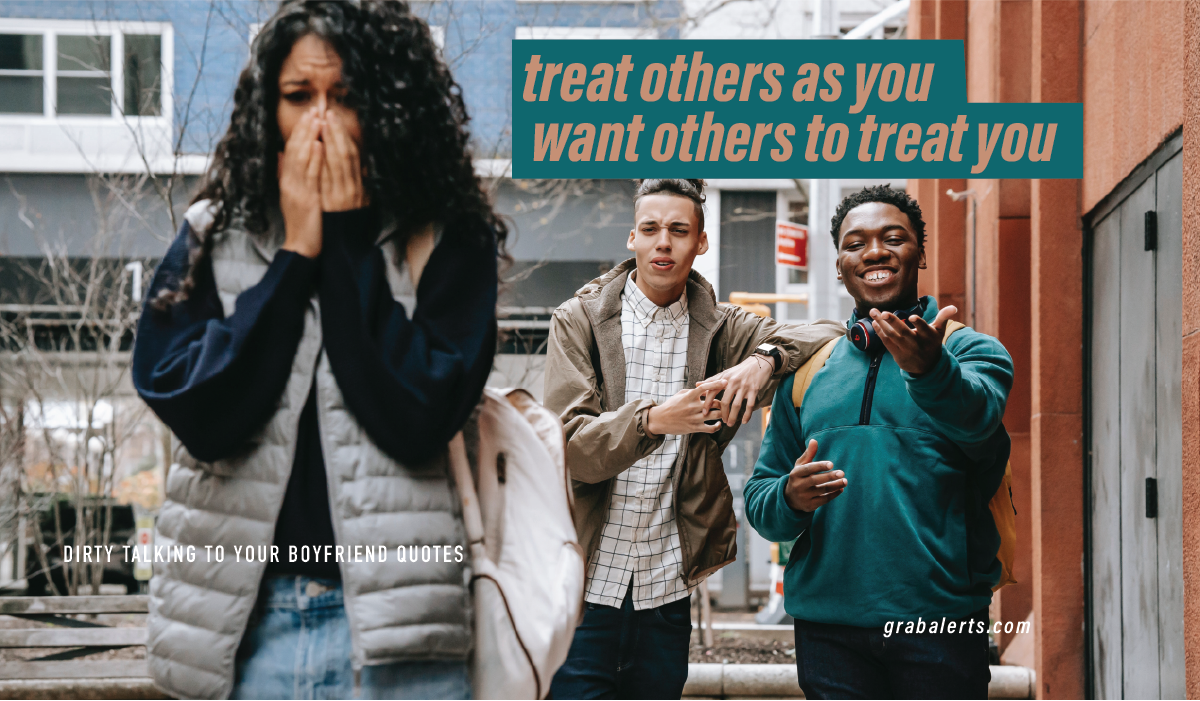 Ways to break up with your girlfriend without hurting her feelings

Breaking up with your girlfriend is not the means of disrespecting her or treating her with contempt. If you may happen to meet her again after the breakup, be careful to treat her with respect.

Do always remember the principle of the golden rules; treat others as you want others to treat you. That sounds a little good. But I want you to think with me in this way, imagine your girlfriend treating you in that way, how would you feel? So likewise, treat her well. 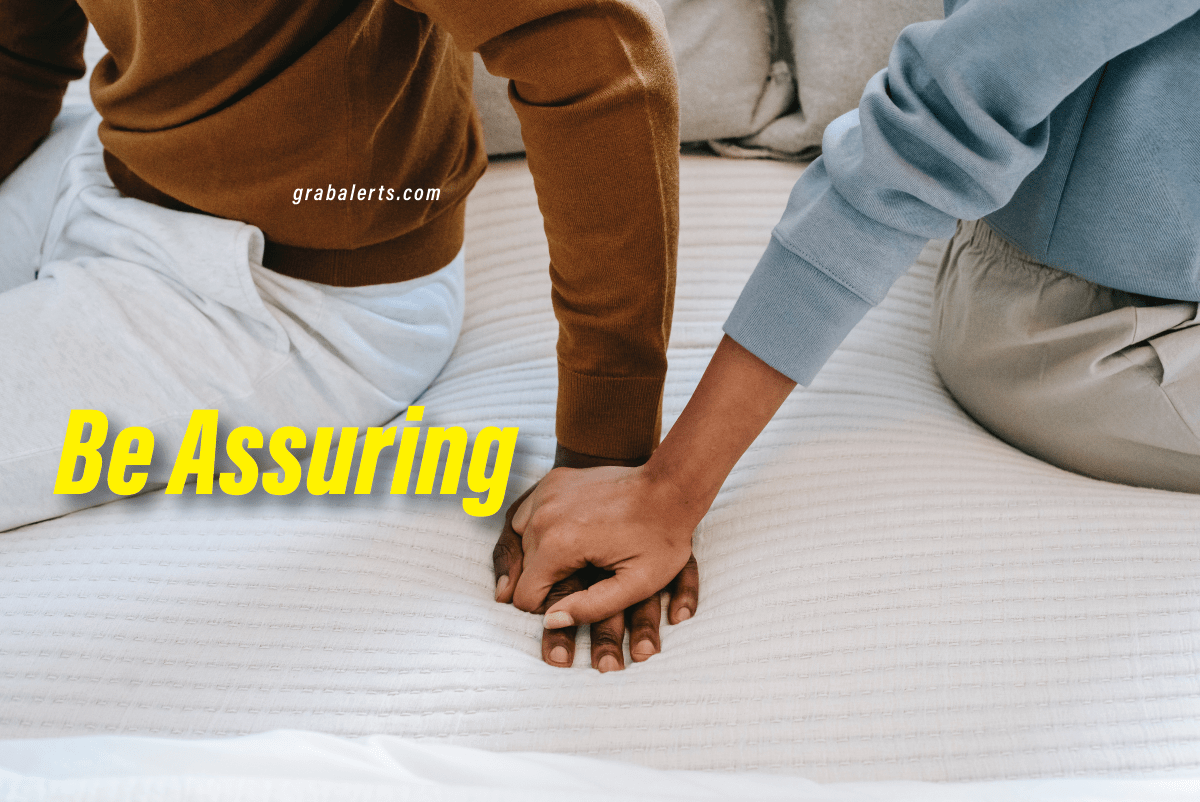 If it’s suitable, assure her and reassure her. Let her know why you think she’ll make an excellent girlfriend for someone else sometime down the road.

Would you please talk about the aspects of her personality that attracted you to her at the beginning and the qualities of hers that stayed strong during the relationship?

This way, she won’t feel as horrible; this could help by being good for her self-confidence, which will probably be troubled by the breakup. 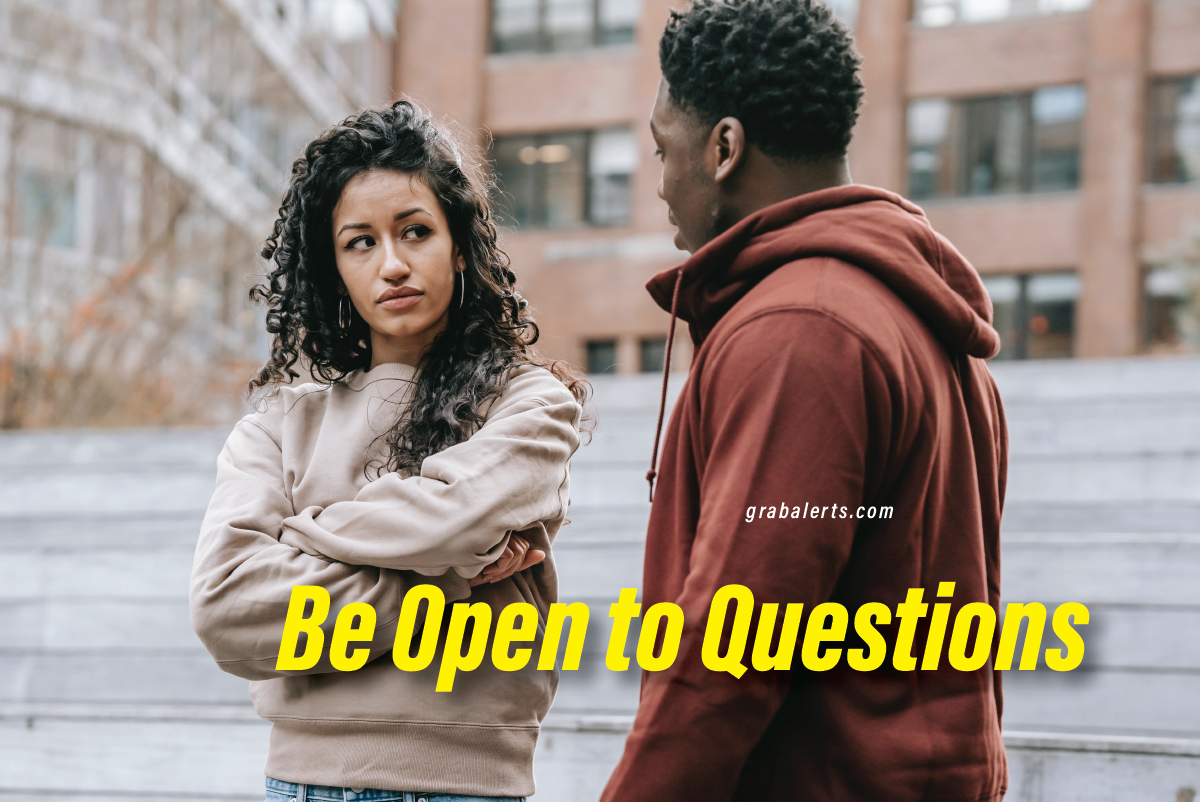 Be open to questions.

Except you are sure that it’s completely best not to talk after the breakup, give her the option of discussing things when the situation is a little calmer.

This will give you both time to think and help her feel like she can also get things off her chest. Stay there for as long as she needs an explanation. Don’t run out the door as soon as you’ve finished your break-up conclusion.

Stay with her while she’s processing the information, answering any follow-up questions she may have. Sometimes you can Consider following up with a friendly message or conversation that lets your ex know you care about how she is doing. 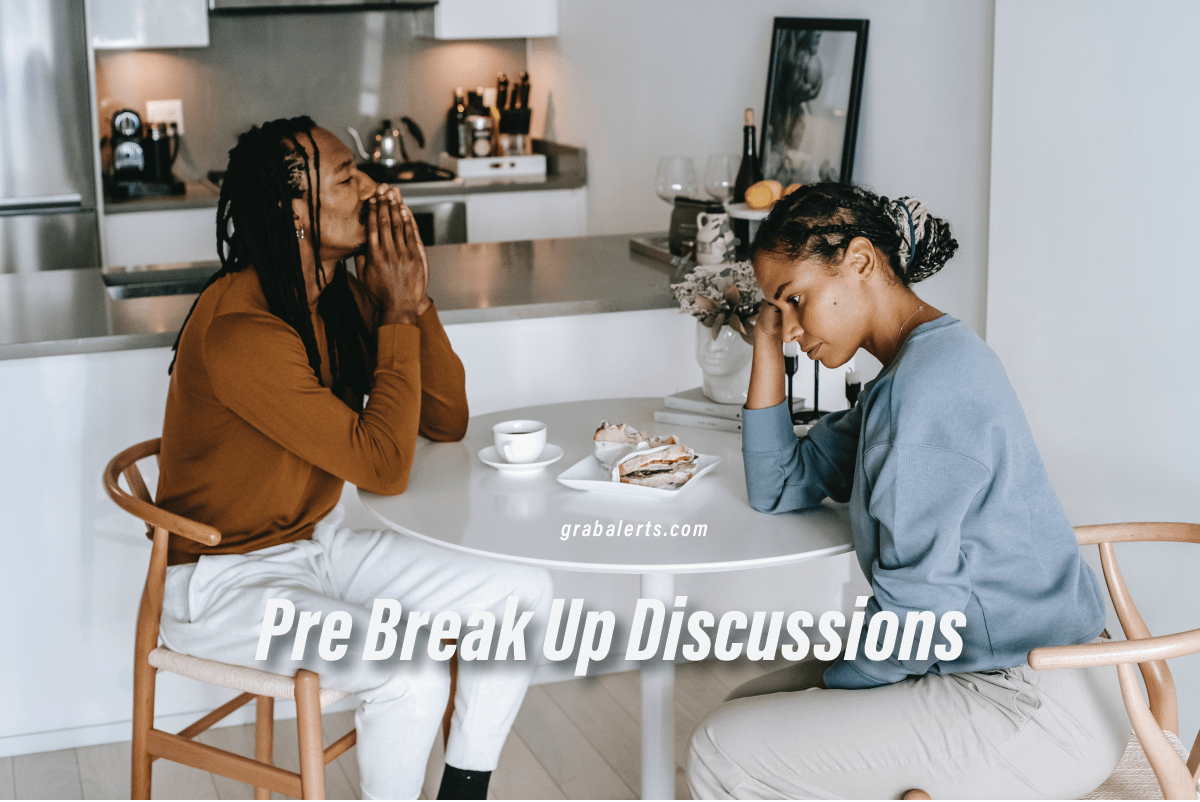 Have a pre break up discussions

Unfortunately, many have ended their lives due to breakup pains because it all came with a shock. You might try to pretend that everything’s fine until the last possible moment, but that’s unwise.

If you’re thinking of breaking up without hurting her, it is suggested to have a pre-breakup discussion, where you address your needs and how you feel they’re not being met.

This helps to prepare her heart for the breakup pains.

Before the breaking-up day, prepare to break up words that will help you to be precise and direct as you’re saying it.

It can be tough to know what path to take during a breakup conversation and find the right words for it, particularly; if you feel emotionally exhausted from initiating it.

It would help if you aimed for clarity and directness so that your point gets across in a way that clearly communicates that the relationship is over. Here, even the tone and the settings of your face are of utmost importance. So do well to plan it. 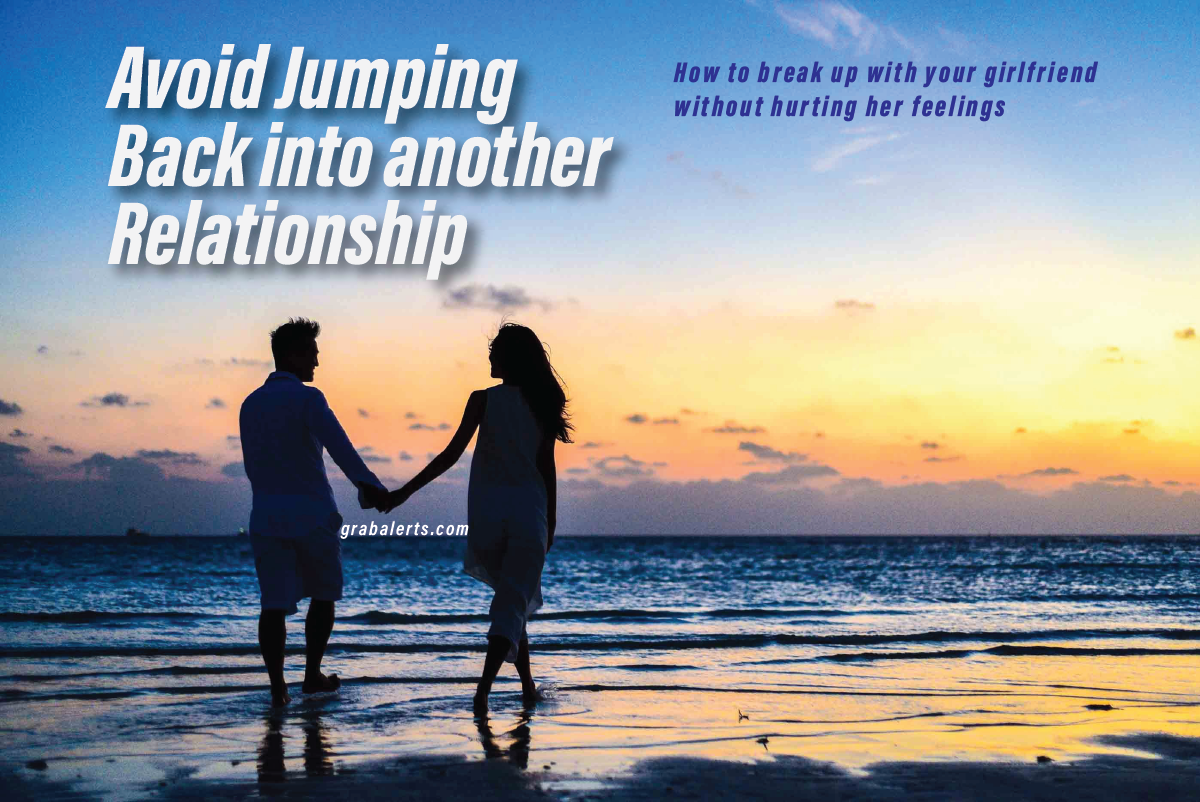 Avoid Jumping Back into another Relationship

Another thing is, don’t excavate the wounds that your ex is experiencing after the breakup by jumping into dating mode with someone else — that’s finding yourself in a new relationship a week later. Lingering on your part for some months is advisable to help her get along with the pains.

How do I leave a girl I love?

Just admit it and increase your distance. Nothing helps to relieve the pains of seeing the girl you can’t be with better than simply not being around her at all.

This doesn’t, in essence, mean ceasing all contact with her, but it means seeing her less, which may sound unpleasant but is actually the best way to start getting on with the rest of your life. 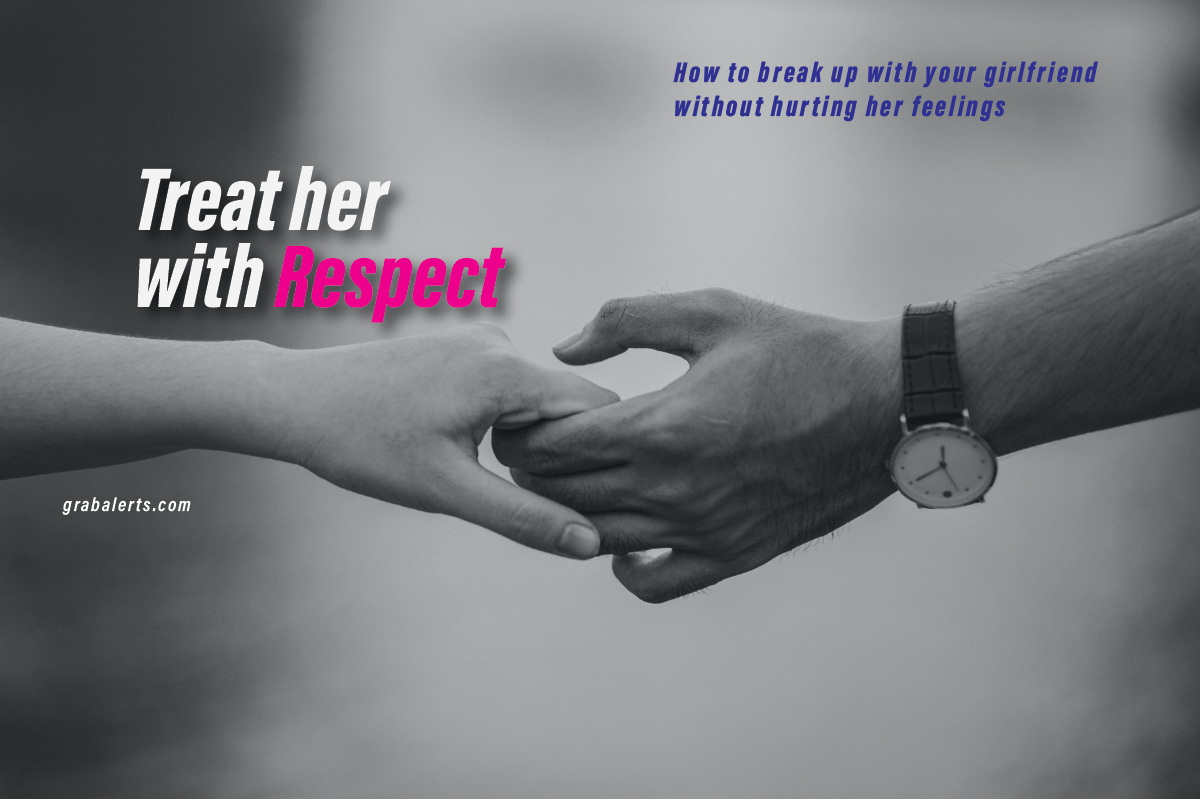 Treat her with respect.

The worst part of a breakup is to let your girlfriend, without hurting her feelings, feel as if she is dumb as a piece of garbage. And this comes to play when you act otherwise, like jumping into another relationship immediately you leave her. This is so rude to do. Is like you’re fighting back on what she did wrong. 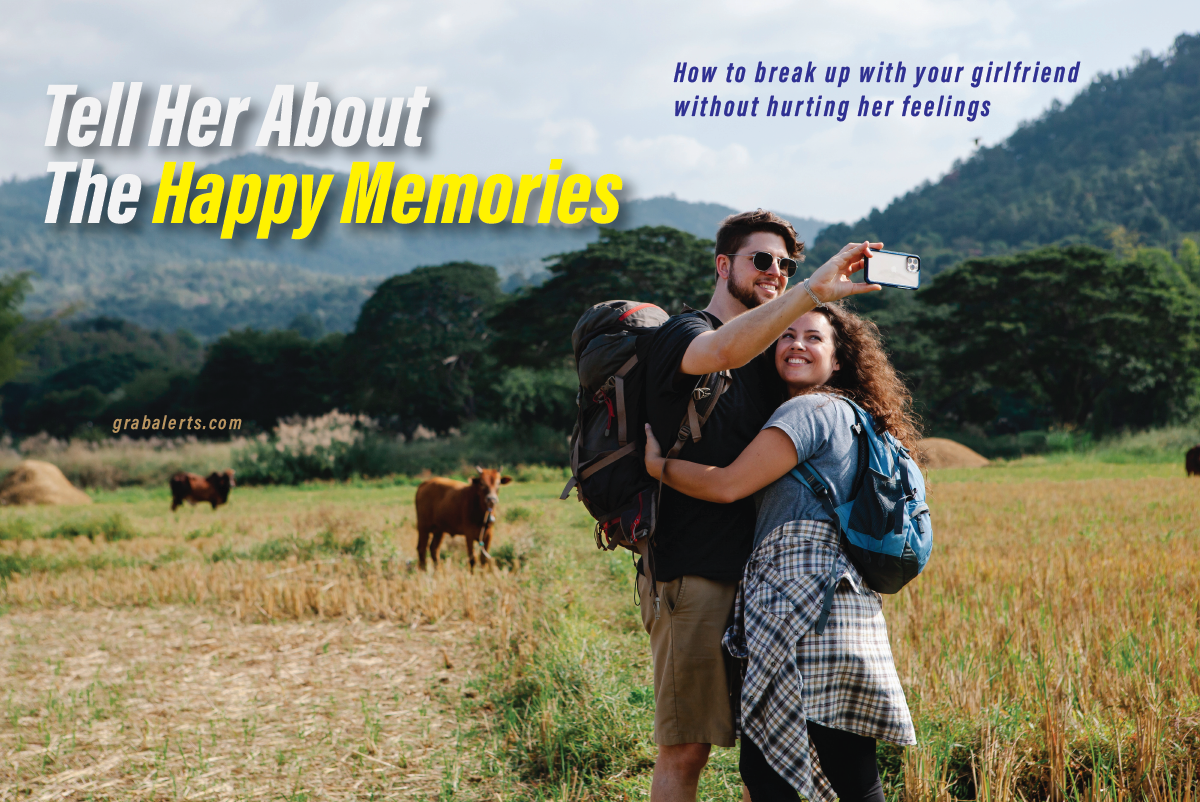 Tell Her About The Happy Memories

While putting up the sad and dark news before her, remind her of all the fun you’ve had in the relationship. Tell her the happy memories and how good they are for you. If she is okay with it, you can say this by holding her hands. Let her know how she has also contributed positively to your life and success.

Conclusion on How to Break Up with Your Girlfriend

How do I get rid of my girlfriend?

The first step to take to get rid of your girlfriend is to make a firm decision by deciding what you really want.

It would help if you first were convinced about it before you have the power to act; with this, the case is settled couple with avoiding her.

How do you break up with your girlfriend without hurting her feelings over text?

Don’t use downy words like “break” or “I think.” Be clear and specific, but let it be in peace. However, the probability of argument here is a little high.

What are the signs when a relationship is over?

The very signs that tell you that your relationship is over are when your lovely arguments become detrimental.

Less communication and weakness in the emotional strength of your connection is another sign that things are falling apart.